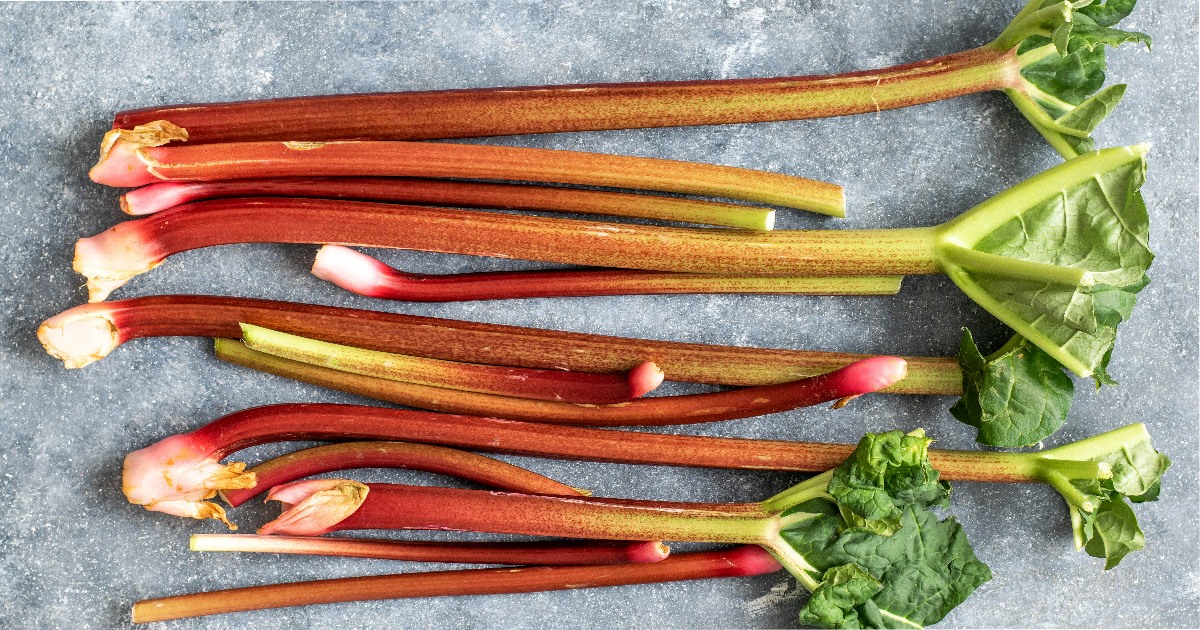 I guess the title of this blog means nothing to people under a certain age! The old acting advice at school for the crowd scenes - just mutter rhubarb, rhubarb, rhubarb which we tried to do but then got the giggles.

Its a little bit early for the first rhubarb in my part of the world - but it doesn't matter as I still have plenty in the freezer. I shall be using some of this in our second live Zoom Workshop of the Winter season in Rosie's Preserving School  - combined with dates and lovely warming spices like ginger and curry powder it is particularly delicious with cheese, in sandwiches. It also stays put in the the sandwich as it is so smooth so no embarrassing 'I'm wearing my lunch' incidents.

I always think the first rhubarb heralds the start of the preserving season proper. That's wrong really as I preserve year round, but it is the first of our native fruits - except it's a vegetable, botanically speaking. I know this because I dragged Trev for a visit round a rhubarb farm in Pontefract, one of the best known of the old farms, Olroyd's. It was absolutely fascinating and I now have much greater respect for this rather humble er, fruitable! One of the best times to go is in early February and have a tour of the forcing sheds and a very informative talk afterwards. It is an eery feeling to stand in the dark in the sheds in absolute silence - no talking, no cameras - and listen to the rhubarb growing! Honestly. It is quite a business, forcing rhubarb into early growth but the stalks are so pretty, delicate shell pink with the most astringent lime green leaves.

There was a very interesting talk before the tour when the long history of rhubarb being used primarily for medicinal purposes. Chinese Medicine, then as now, were very keen on the powdered root for all sorts of ailments and it turns out that their instinct was spot on. Modern day Pharma is studying the properties of the humble stalk which, they have discovered, are packed with polyphenols, more than any other plant they have examined. Polyphenols are very powerful in aiding the treatment of cancer and is now being used in some treatments. Not delivered by tablets or direct into veins via a drip - no, delivered by Rhubarb Crumble! The main discovery is that the effect of the polyphenols is magnified by cooking so many people are now regular customers of the rhubarb farms, sending mail order for their supplies. It has revived the industry and furthered our knowledge of the power of plants by benefitting the treatment of difficult cancers.

Do take a trip there if you can once our current problems are over. Its quite a few years since I went there but it has stayed with me in a very powerful way.